The augmented technician: dream or reality? 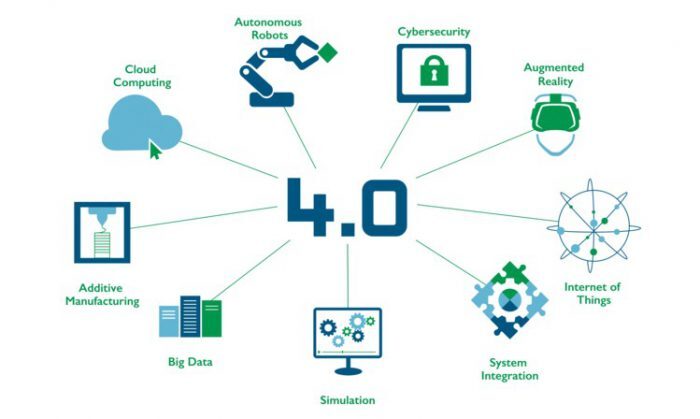 Industry is a sector in perpetual change. Ever since the first factories appeared, the search for productivity and performance improvements has been an endless race : production lines, automation, lean manufacturing, etc. In recent years, the term Industry of the Future or 4.0 has been at the heart of all the strategies of major industrial groups. What is at stake? The digitalisation and robotisation of manufacturing centers to regain competitiveness in the face of a globalised market. Contrary to what one might think, the human being remains at the heart of these industrial changeswith a role that evolves and adapts to changes of each manufacturing revolution. The fourth to date, even if it is digital, is no exception to this rule.

Download your exclusive white paper:
The most promising industrial innovations in 2021!

Humans are now in contact with new technologies on a daily basis. These technologies, which we will discuss in the rest of this article, will assist operators in their tasks, managing their time and optimizing their know-how. This synergy between man and machine introduced the following question : what will the future of the technician look like? The augmentedtechnician will be able to make full use of this combination of machines providing previously unreachable computing power, while being able to reproduce a given operation a large number of times without tiring. Moreover, Man brings his creativity and his ability to think about complex problems.

On which lines will emerge the most useful improvements allowing today's technicians to move into the 4.0 air?

Just like Man, machines, and more particularly robots, have always been a central part of all industrial devices. However, this relationship between man and robot often suffers from bad publicity. The only utility of the robot would be to replace the operators in order to see them disappear from the industrial landscape. This reflection is quite understandable when we compare the production capacity of a machine to the one of a human. However, it should not be forgotten that robot is only a tool at the service of the operators and not the other way round. Robots increase competitiveness and when a company is competitive, it creates jobs.

For a few years now, we have been seeing an increasing presence of collaborative robots in industries, also known as cobots. These cobots greatly simplify the human-robot relationship since it allows operators and robots to work on the same parts or processes, at the same time and in complete safety.

Overall productivity is obviously impacted by this new technology, but that's not all. The ability of a robot to reproduce an operation almost indefinitely without being subjected to tiredness will also allow technicians to transfer tasks involving more or less strenuous work to the cobot. The direct consequence of the reduction in harsh work conditions is that operators can now concentrate on tasks that were previously complex to handle. These tasks include :

The human being, in his daily life, has become ultra connected : smartphones, smart watches, home automation, etc. These connected objects are grouped together in a set called the Internet of Things (IoT). Industry, like many other fields, has found relevant applications for those technologies, and a dedicated term has even born: Industrial Internet of Things (IIoT).

Concretely, the implementation of the IIoTs is materialized by the establishment of numerous sensors throughout the plant allowing the collection of a wide range of data such as value listing (temperature, pressure, etc.) or information concerning machine malfunction. Once collected, the data is displayed on a device (smartphone, computer, augmented reality goggles) to make it immediately accessible to the operator.

By having immediate access to this information, the operator's daily life is greatly improved. In particular, by increasing his level of knowledge, he will be instantly informed when he approaches a high-risk zone (high pressure or temperature) and thus be able toavoid getting into risky situations. It is also possible to receive information from a machine that warns the user that a malfunction is to be expected or that its settings may not be suitable. The operator can react very quickly to this problem and thus improve the quality of his work while improving his performance. In the end, all productivity is positively impacted.

A knowledge base within easy reach

The loss of know-how in industry is a recurring problem that has been growing in recent years . When a person is forced to leave the company, whatever the reason (retirement, change of company ...), it is very difficult to retrieve and transmit all the know-how accumulated since the employee joined the organization..

The emergence of immersive technologies such as virtual reality (VR) or augmented reality (AR) solves part of the problem of collecting, storing and  spreading information and know-how. Augmented reality will make it possible to spread content (= information or know-how) directly in the user's field of view.You are free to choose what you want to display. Capturing know-how is also the major stake in this process: as long as there is no know-how captured, and therefore to be consumed, it is difficult to know what will be spread...

The general trend in the industry is to have at one's disposal ever more powerful but also ever more complex machines. More and more, we will be confronted with situations where Man must master more and more knowledge. Solutions such as augmented reality will allow experts (and also operators) to deal with an almost unlimited number of subjects, very quickly, without making mistakes, even if they have never been confronted with the situation before.

Immersive technology such as augmented reality will facilitate the transition to Industry 4.0 by increasing the skills of each employee. All the processes to be mastered will now be available in a database accessible by all in one click and achievable without training thanks to the materialization of the different steps of the operating mode directly in the employee's field of vision. It is quite possible to imagine an industrial environment where a small number of operators or technicians will be able to deal with almost all the problems they encounter today.

For example, as part of a maintenance tour, the technician is equipped with his augmented reality goggles and is guided throughout his tour. As soon as he encounters a non-conformity, the curative scenario allowing the machine to be repaired is triggered. The information associated with the tour and the restoration of conformity is directly transmitted to the CMMS.

What remains to be done to take the next step?

To achieve this notion of augmented technician we still have a long way to go, three major components will facilitate those changes :

factory 4.0
Covid-19 : how does Augmented Reality help factories to adapt ?

After a month of containment, the French economy, like its factories, is operating in degraded mode.

factory 4.0
Augmented reality: the 5 levels of industrial maintenance in companies

In the industrial environment, maintenance is an essential element for the proper functioning of the chain. It represents the whole of the actions of breakdown service, repair, adjustment, overhaul, improvement, control and checking of the company's equipment. The maintenance process is applied taking into account many constraints, including safety, the environment and quality.